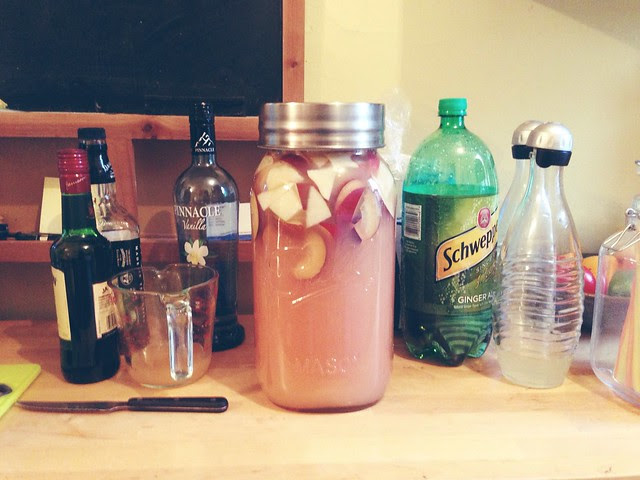 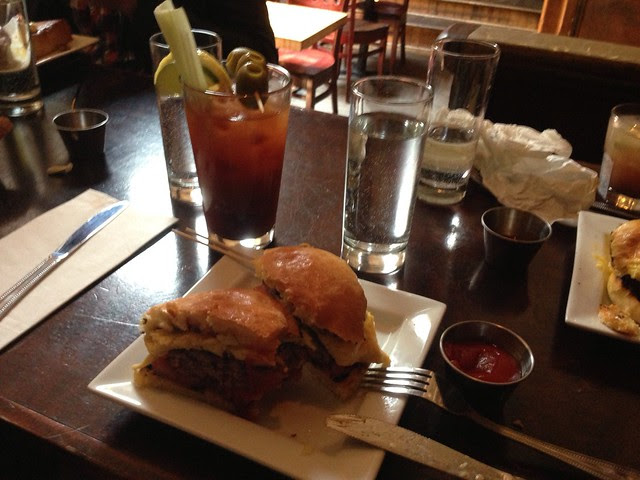 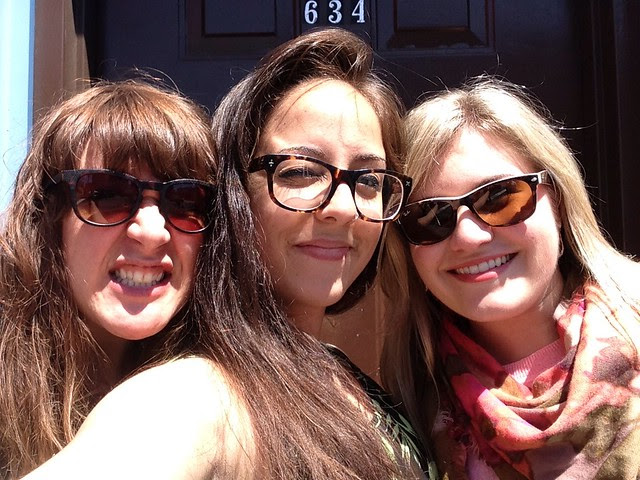 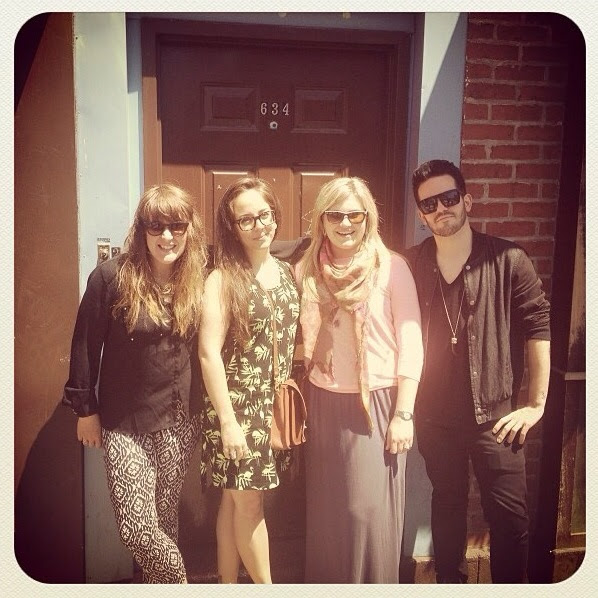 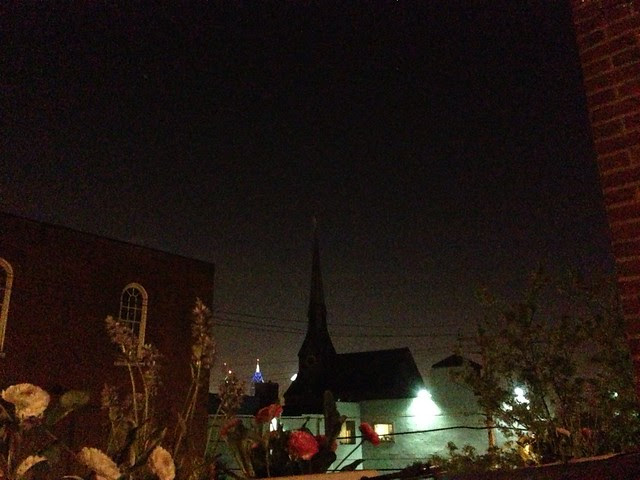 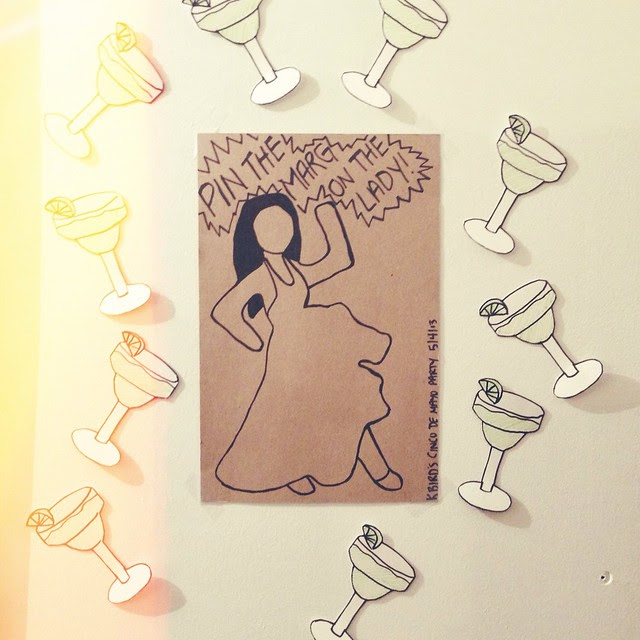 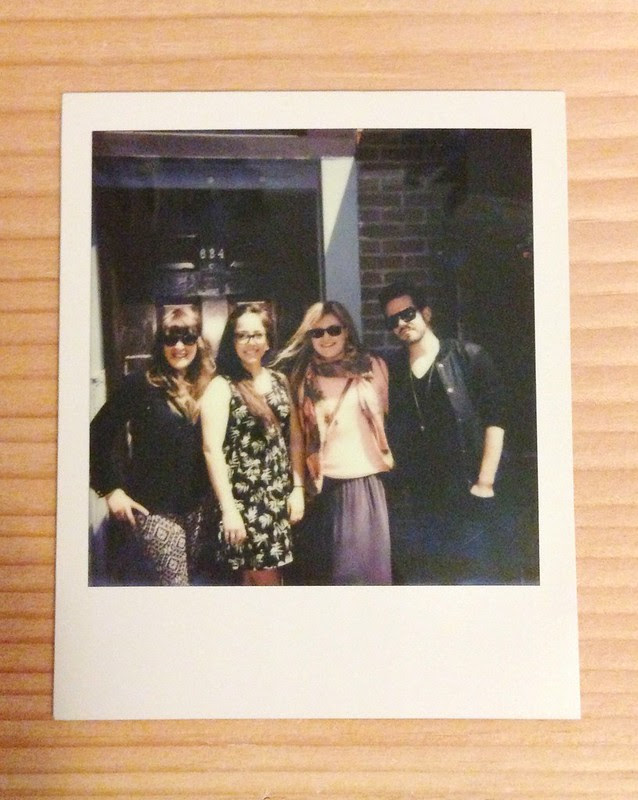 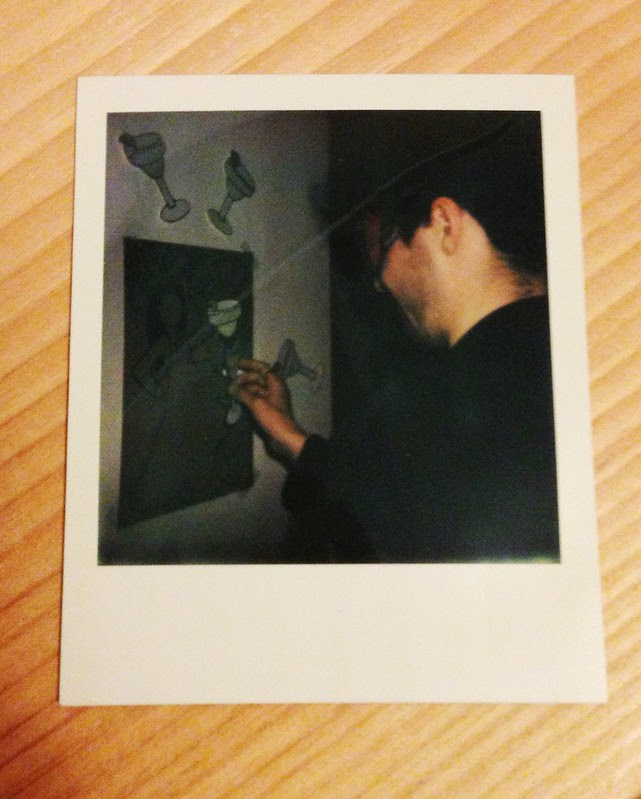 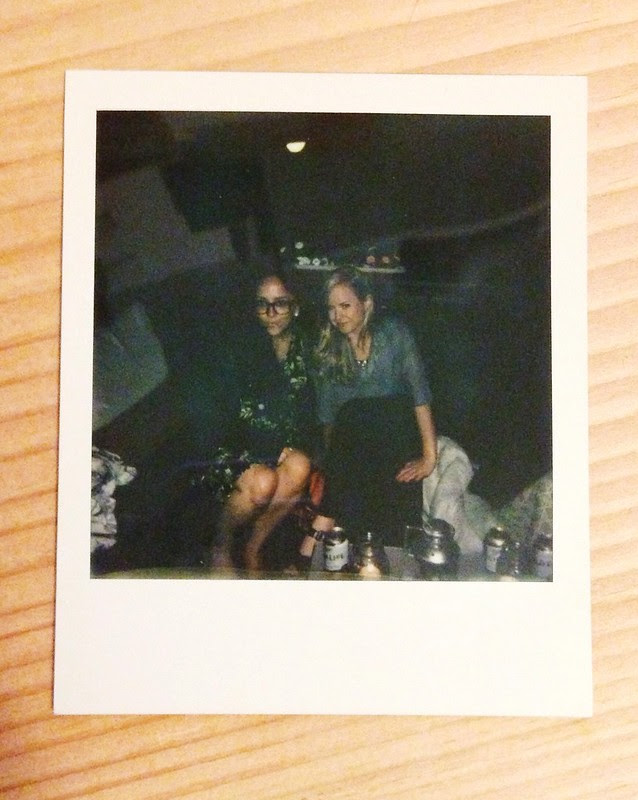 Cinco de Mayo weekend was such a blast. On Saturday, Frank and I had a long journey ahead of us. We started the day in Brooklyn, having brunch with some college friends who I love dearly. I had my first ever Bloody Mary! I wasn't too into it though. Maybe it's an acquired taste? Anyhow, after brunch we drove down to Philly for a party at my friend Kerry's apartment. (Hey, Kerry! Start a blog!) I made a pretty sweet sangria in this GIANT mason jar I found at Target. I searched for "Cinco de Mayo cocktails" and found this recipe. It's called "Easy Grapefruit Sangria" and, like the name implies, it seemed easy enough to make. I thought it might not taste that great because the ingredients didn't sound like they'd mix well. Also, it's not really a Mexican (read: appropriate for Cinco de Mayo) drink because the main ingredient is Riesling, which is German. Ha! It turned out incredible, though. I will definitely be making it many more times. The ingredients are Riesling, grapefruit juice, ginger ale, and fruit. I used two small plums, an apple, a green pair, and a red pear. My mouth is watering just thinking about it. I also made a game called "Pin the marg on the lady!" which took forever. Lots of people played even though there was no prize. ;) Kerry said she was going to laminate the cardboard so we can play it at other parties. And yes, that is the red dress/dancing lady emoji. The only bad part of this weekend was that I lost my new favorite ring. I never lose things so I'm more mad about it than I should be. I might have to head back to Francesca's and buy another one. :(

celebrations and holidays family and friends food and drink weekend

Bags and Baby Clothes from Popreal!

I still have a few years left before (maybe) becoming a mother, but I can certainly appreciate some adorable kids clothes. I audibly squeal at little suits and dresses in Target like a crazy person every time I'm there. I can't help it! Buying gifts for a baby shower is always a blast, too. It seems like a whole different world.

Today I'm working with Popreal to showcase some cute bags for girls, like the flamingo backpack above (Flamingos Prints Zipper Backpack). Could you DIE? Would I look crazy wearing it? Would it even fit my body? Why do little girls get the best clothes and accessories? I have a friend who loves flamingos, and if/when she has a baby, that baby will get this bag as a gift in the hospital.

Another type of bag that's easy to find at Popreal is the statement bag. Animals, robots, airplanes and rockets (Rocket Pattern Crossbody Bag), fruits and snacks (Fruits Style Girls Crossbody Bag), and more! They have backpacks, handbags, and coin purses in all …
more »

A Wild Tonic at the Asbury Park Valentine's Market!

Still looking for the perfect Valentine's Day gift? Stop by the A Wild Tonic booth at the Asbury Park Valentine's Market this Sunday from 12-5. There will be all different kinds of vendors, workshops, and a Beatles cover band. It's gonna be a great time! 💘🎀💄💖👛💌💕💋
more » 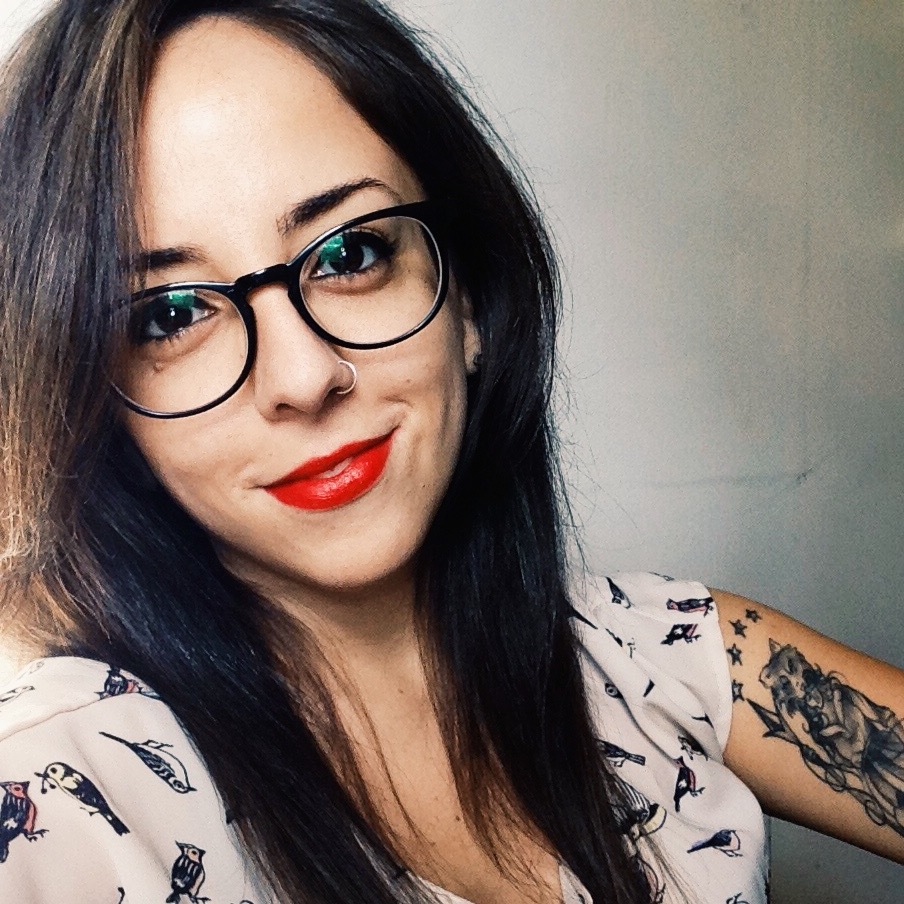 ⤅ I'm Lauren; this is A Wild Tonic. I enjoy the vintage lifestyle, minimalism and personal finance, and enjoying life in Asbury Park, New Jersey. Glad you're here! Email me: awildtonic@gmail.com

Disclaimer: The above links (and some others within posts) are affiliate links. Your clicks and purchases help support this blog. Thank you, as always! :)